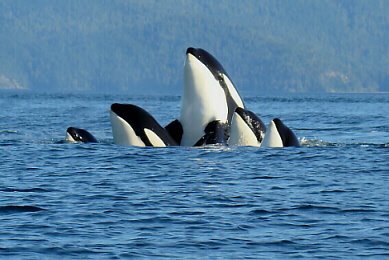 The Sign of Cancer is the second Cardinal sign, if we go around the Zodiac wheel. The first is Aries, the sign of the infant. The second is cancer, the sign of the mother. Cardinal signs are leaders. Aries may have a tantrum until he gets what he wants . Cancer may give you the silent treatment and play passive aggressive until she gets her way. Each sign has it’s best expression and it’s worst. That goes for every single sign in the Zodiac. However, I never understood the strength of the mother, until I started meditating on Cancer. Cancer may not stand up for herself. As such, she may not appear strong, to others. However, if you hurt a member of her nest, you will see her fly out, screeching, beak in the air, ready for a bird of plunder maneuver. Cancer may seem calm and unruffled until you do the unmentionable: hurt someone she loves. Then, she may have Scorpio beat in the lengths she will go to get you. Cancer does not deal in revenge, as does Scorpio. She will scratch your eyes out, then and there. Then, she will cut you off, in a swift, bloodless move. You will be amputated. Don’t try to crawl your way back in, either. Cancer may just pry off your fingers, as you try to enter the life boat.For Cancer to get to this dire state of affairs, you must offend to an almost nuclear degree, as she has a very slow boil. She will forgive, again and again, to the chagrin of those around her. However, when she reaches nuclear, you best find a bed under which to hide. Don’t bother coming out in the next…umm……….. millenium.

Cancer has it’s own twist based on which planet( or angle) it inhabits. The Cancer Ascendant is one of my favorites. He has a classic baby face. Think John Edwards. You may not like him( and most likely, don’t). However, he is a cutie. He has an innocent little boy look which is classic Cancer Ascendant. What make the Cancer ASC particularly attractive on men, is that he has a touch of the female, but not enough to make him….well…… too wimpy. He is macho enough to be manly, but feminine enough to make him sneak into your heart. The Cancer ASC may like to cook or watch cooking shows. He may be an overprotective parent, as well. He will appear to be a warm fuzzy, tender type when you meet him. What lies under that depends on other things.

The Moon loerves, loerves, loerves to be in Cancer. I am a Cancer Moon and I love to have it, there. Cancer moon is very loyal. It was born to make nests with those she loves. She will defend her nest, at all costs. If you hurt a member of her nest, you will see her strength which rivals any of the Cardinal signs(Aries, Cancer, Libra, Capricorn). Cancer moon is very sensitive for a Cardinal sign. Her feelings can get hurt, easily. She may be shy, sexually, as she is kind of old fashioned about her body. Don’t expect a one night stand with a Cancer Moon. She takes some work( a k a quite a bit of work) but she will be worth it, as you will find real depth there. Real depth stays when lust fades( and it always will).

Mars in Cancer is in it’s Fall. The Fall position is a place where the energy of the planet is impeded. With Mars, it would be all drives from aggression to passions. Mars in Cancer may have a hard time expressing anger. She may stuff it into the part of the body which Cancer rules, the stomach. Mars in Cancer may overeat when stressed, or not be able to eat, at all. However, her stomach will, always, be a barometer of her feelings. The solar plexus is the seat of personal power, according to Oriental Medicine. Mars in Cancer struggles to gain and use her own power. Most Cancer placements indicate mother issues. Often, the person is bound to the mother by invisible chains( and not for the good) Capricorn, Cancer’s opposite sign. may have father issues.

Venus in Cancer is a homey Venus. It loves things that Cancer loves such as home, family, cooking and lots of affection. This would not be a high maintenance Venus, such as a Leo Venus, who may want diamonds and furs. Cancer Venus wants her own home with her own things where she can make the classic Cancer Nest. You will love being there with her, should you be so lucky as to nab her.