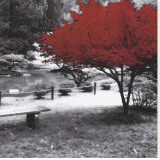 I met a man, recently, embodies Orchus. He has Orchus conjunct the North Node. The North Node chart shows our life purpose. This mans life has been a study in Orchus. Orchus forces one to survive against harsh odds. This man had such a life story. He left home at 14. He met the love of his life and they married. They lost one child , at birth, from a genetic kidney disease . He and his wife donated a kidney to another child. He is a successful banker and wants to have an orphanage for children, one day. One of my Astrology teachers said that Orchus is Rocky, down for the count. Rocky uses all his strength to stand up. Orchus forces the native of an Orchus dominant chart to do the same.