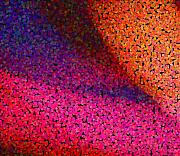 I have named Pholus the “Ape in the China Shop” Asteroid. Pholus explodes on the scene. He can explode with whatever emotion is bothering him. He emotes, with little sensitivity to his environment. After he explodes with emotion, he does not have a sense of the havoc he has wreaked. Then, he, usually, blames someone else. Pholus is not manipulative, as much as childlike. If he wants to emote, you can be sure he will: the devil may care.

A woman had a man’s Pholus conjunct her NN. Indeed, it was an explosive relationship. It was not violent, per se, but high drama.

One thought on “Asteroid Pholus”