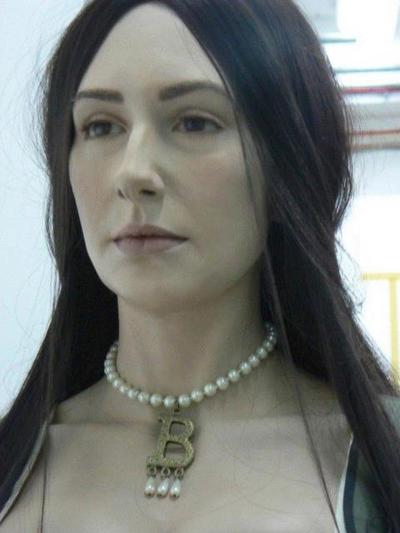 In order for me to study a chart, I have to be fascinated by the person. There are some  other Anne Boleyn and Henry Tudor devotees out there. I dedicate this article to them.

When I study Asteroids, I need to make ten  separate charts. I use well over 200 hundred asteroids.

Anne has Breide(bride) conjunct her Mars exact. This is zero degrees, literally. Anne’s decisive  life goal was to be a bride.

Anne has Bilk conjunct the Sun at 2 degrees.It is, also, conjunct her Mercury at 2 degrees. Bilk makes a sandwich between these two very, very  personal planets. The Sun is one’s identity.Mercury is one’s mind.Anne did bilk many people in her rise to the lofty position of Queen of England. She was not wise in  not determining that enemies made on the way up can destroy one on the way down.

Anne has a 150 degree exact quincunx between Saturn and the NN. Her Saturn conjuncts her ASC, as well.   Her fate was tied up in her ability to discipline herself.

Anne has a one degree quincunx between the Fixed Star Regulus and her North Node. She was destined   to be royal. That was her fate. The 6th house gives us  an indication that her body  paid the price.  All things are written in the stars, if we just look closely enough.

Anne has Casanova conjunct her Venus at 3 degrees. I knew Anne had some sort of Casanova aspect. I thought it was the Venus in Gemini but the Casanova Asteroid is similar.

This will blow you away and is an example of how Astrology can be so uncanny. Anne has the asteroid Graves conjunct her Sun at 3 degrees. Graves is said to be actual graves. I will let you sit with this.

Anne has the Asteroid Fortuna(Fortune) conjunct Chiron in the 2nd House. Anne’s good fortune in becoming Queen led to her downfall and her ultimate murder. Anne may have wanted to overcome a feeling of deprivation. She may have felt poor, even though she was not literally poor. This happened to Jackie O  because her social circle was extremely wealthy. She had a blue blood pedigree but no cash.  JFK had cash and no pedigree, as I stated in my first article.

Those seem to be the main ones I found for Anne. That makes me want to look at Henry’s and then explore them both in synastry. Then, we, always, have the Composite if I am a glutton for punishment 😀