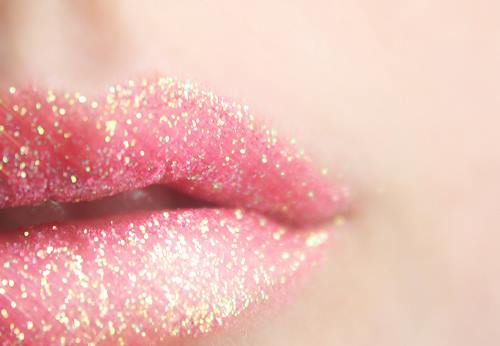 This is a follow up to my article on Ceres and Nessus. Yes, this combo will be passion that is off the walls but if you escape with your life, consider yourself most fortunate!

Moon Square Moon
No go! No go! I don’t care how many people tell me Grandma Louise and Grandpa Harold were married for 25 years with this aspect. It was hell! Until you live in their bedroom, please keep your claptrap to yourself. The Moon is the heart. One MUST understand the heart of another in order to make an intimate relationship work. Nothing will make this aspect better. Nothing will make this aspect work. It will be like trying to combine oil and water. It won’t happen!

Nessus Conjunct the Sun
The Nessus person will want to abuse the Sun person. The Sun person will fight back though. Even if actual abuse does not happen, as will be in the case in a more casual relationship, there will be a feeling of unrest and dislike, at some level. I have this with someone in my life. I am the Nessus. If I needed to, I could be the power in this relationship and both people know it. Have I abused him? No? Would I if we were married? I don’t know but it would never get that far due to a subtle dislike on my part( and likely his)

2.Nessus Conjunct Venus
Some people have a Venus which conjuncts the Nessus or everyone in his/her generation. In this case, love does seem to turn into abuse and there is little the native can do.

3. Sado conjunct the IC
This is another no go aspect. There are not many things worse than sadism. Your IC is like your underwear, not to be too graphic. It is one of the most intimate parts of your chart. It is similar to the Moon. People want people to understand their tender places and not to abuse them in the areas in which they are most vulnerable.

4. Nessus conjunct the North Node
The Nessus person will abuse the NN person. The NN person may fight back but even if they do, it will be hell.

5. Mars conjunct the Moon
I, personally, cannot stand this aspect when I am the Moon. I feel as if the Mars person has a dagger aimed for my heart. The abuse is more mosquito like than overt. The Mars person feels like a scratchy sweater to the Moon person. One wants to pull it off and throw it away. However, it is not like Nessus or Sado in which the abuse is overt and stronger.

The Nessus person will have a hidden kind of abuse to the Moon person. How much the abuse will manifest I am not sure but it will be there and chances are that in a marriage, it will emerge.

7. Bilk conjunct the Sun of any person

I know someone with this aspect. He has tried to take advantage of me with finances but I have not really allowed it. I could never marry someone I could not trust. This person is the type of person to marry you and run away with your back account. No go!

The same person with Bilk conjunct the Sun has Ixion conjunct the Sun–lucky him. It is not his fault but if you marry someone who will bilk you or do things that are illegal, which is the hallmark of Ixion, you are going to be hurting, so please check your charts.

9. Mars square Pluto in the synastry chart
This can be a very sexy aspect. However, it often leads to violence. I cannot say I would never marry someone with this in the synastry but I would be a little nervous about it.

10. Neptune conjunct Venus in the synastry Chart
This aspect is not a no go, per se. It is a beware aspect. One will not be able to see the true identity of the other person until it is too late. I don’t know how Neptune fogs things so much but it does. No one is immune to this. When Neptune is in hard aspect to Venus, neither person can see the truth of the other. However, I think the Venus person suffers more.

11. Mars square Mars
I have not experienced this but I have seen it in synastry charts. It is like “War of the Roses”. It can make for attraction but fighting comes later( and it is not sexy fighting. It is real fighting)

12. Nessus conjunct the North Node, Ascendant or MC in the natal chart
I would never marry this person. Someone with Nessus conjunct the North Node was very defensive with me due to my stance on Nessus. I understand this. Nessus is not all bad in that it can give that Nessus native a personal strength. This is all well and good but the person will be an abuser, most likely. I think there are mitigating factors, perhaps. However, I would not marry or get close to someone with this aspect because I believe astrology always comes to pass when it is all said and done.

14. Combust of Mercury conjunct the Sun
If the combust is 1-4 degrees, the person is very defensive. The person does not face themselves. Hence, it is exhausting to try to be in a relationship with them.

15. Sedna Conjunct the Moon in the natal chart
John Ramsey has this. I am reluctant to give my opinion on who killed Jon Benet. However, John was severely abused by his father and these things can be generational.