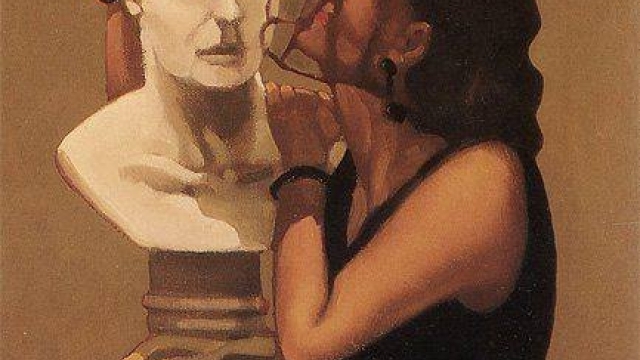 Interesting Aspects and WHY?

I hope I am meeting my personal goals—making Astrology fun and interesting while, at the same time, helping people learn Astrology.

Libra Moon
I have written about this Moon in other articles. I have gotten much criticism from Libra Moons( Of course, what do you expect?) However, I do think some Moons are not compatible with others. I am not compatible with a Libra Moon. I am a Cancer Moon. I am very reactive when it comes to emotions, particularly those having to do with loyalty. If someone hurts someone I love, I react. I don’t ask for a doctoral thesis, then decide what I am going to do.*YAK*

My experience with Libra Moons is that they “think” when they should feel. I have been very hurt by a Libra Moon who, also, had other issues, such as no empathy. So, that does color my viewpoint on Libra Moons. However, when it is all said and done, this is one of the coldest, if not “the” coldest Moon in the Zodiac. It is called the “Courtesan’s Moon” for reasons on which you can speculate.

This is my Moon. We are very deep feeling, although we are not “weenies”. Cancer is a cardinal sign. Hence, we are natural leaders. Our most important domain in life is the people we love. We are not perfect. We can be passive aggressive, due to anger being something that is “scary” to us. I am a Cancer Mars, too, so that may account for the “fear” of anger. However, by in large, a Cancer Moon native will be loyal and true. However, one caveat, don not betray them. Do not “sell them out”. You really do not want to see their wrath.

This native defines”deep”. He is so deep that he falls in his OWN hole. He can’t help the intensity of his emotions. If I know someone is a Scorpio Moon, I make sure never to betray them. They are very sensitive to betrayal and may even take something “normal” in social intercourse as a betrayal. This Moon would be the most likely to slash your tires or sugar your engine. That being said, they are very loyal to those they love. They will protect those whom they love. This Moon would be too intense for me, as far as a very close relationship, but I do respect many things about them.

If I saw this aspect, I would be careful not to make the native angry. You do not want to be on the wrong side of this native. The “bad” asteroids do give a kind of power and strength. I have seen that. In that way, it may be better to have a “bad”, yet strong asteroid like Nessus, rather than a “weak” asteroid like Dejanira( the victim asteroid) However, I would not marry someone with aspect or be a BFF( best friend forever). I would give a wide berth. I know the charts of the people who are close to me. Some people have some “nasty” asteroids like Bilk conjunct the Sun, but I know that this will result in someone who may try to take advantage of me for money. I live with it, but I KNOW. That is why we should respect Astrology, not argue with the messenger( me).

These natives wear their hearts on their sleeves, literally.They are very open and honest about their feeling; they don’t know how to be any other way. They are, usually, very good looking, as well. The Moon here seems to grace them with an open and vulnerable beauty.

This aspect is on many of my lists because it makes me laugh. I call these natives “Stink Eye” after my dog. I have to admit, she is not the best trained dog. If she gets angry, she will stare at you with a look that makes you back up ten paces. This is what I lovingly call “Stink Eye”. Pluto conjunct the Ascendant kind of wears this look as an every day accoutrement. People tend to respect this native. Wouldn’t you?

This native looks “weird” in some way. He may dress in a strange i.e unconventional way. He may have many piercings, such as ear, lip, nose, eyebrow and others one can’t see. He may, simply, act in an “off beat” way. Some people thrive on having Uranus conjunct the Ascendant. Some people feel burdened by it. It would depend on if you enjoyed shocking people. To some natives, this is a very amusing pastime. To others, they wish they could be more conventional.

I discovered the workings of this aspect from doing charts of men. In several cases of Mars conjunct Chiron, the man was very uncomfortable being “male”. Being “male” means being assertive, going after goals in a forthright way and “taking care of the business of life”. In the cases I saw, the men seemed kind of paralyzed when confronted with these things. The men seemed confused as to why their lives were not working. The chart can answer questions such as these, if the person will be honest about facing himself, which is rarer than you think.

These natives seem to have love, all love, associated with pain. It seems to show itself more so in the romantic realms, however. The native bears no fault in this. It is the nature of the chart. In cases such as this, the closeness of the orb is key. The closer the orb, the more the pattern is resistant to change. If there is a wide orb, the trait would be more ambient. This is the nature of orbs, in general.

Lower Half of Chart Occupied by Many Planets

These natives tend to be introverts. A practical thing I have noticed is that these natives will not open up and share their pain. They kind of simmer in it and this simmering seems to have deleterious effects on their health, emotional and/or physical. It is the blessed person who can share his pain. Pain shared is halved. Pain kept inside is doubled.

Upper Half of Chart Occupied by Many Planet

This native likely had a bad relationship with his or her mother. He, himself, is likely to be very irritable, in general i.e hair trigger. The closer the aspect, the greater the trait. Likely, this native mistrusts women, in general. If it is a female, she is, likely, not really comfortable with her feminine side. Also, she may not trust other women.

This native takes love very seriously. If he is hurt, he hurts deeply. When he loves, he loves deeply. He can get obsessed with his love interests i.e life rises and falls on the whims of his relationships. Please, treat his heart kindly. Love hurts him more than it does the “average Joe”.

25 thoughts on “Fifteen Interesting Aspects in the Natal Chart and WHY?”