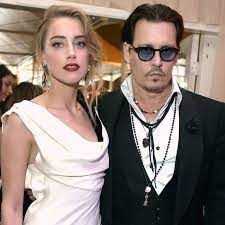 This will be different for everyone. I was thinking about the Moon signs I could marry and I came up with one, really. It is Taurus Moon. I am a Cancer Moon. I could have a boyfriend or close girlfriend with a Capricorn Moon. Beyond this, I am not sure but in this article I want to talk about traits of each moon sign in simple terms. I am very direct and I try to make things fun, so please don’t get insulted. If you are the uber sensitive type, I am probably not the astrologer for you. So, onto the topic.

Moon in Aries
This person is likely quite self centered. However, there will be a strength inherent and this is good. Unlike Pisces Moon, which will sell you out when things get slightly tough, this native can stay when times get bad. I think Aries does tend to get bored easily though, so you may need to be the type who likes to keep things exciting. I really never attract Aries Moons, personally, so am going by textbook definitions here, so if you know more than I do, please share. In general avoid any moon that is a SQUARE to your moon. I don’t care if he is Mr Perfect, he won’t be for you.

Moon in Taurus
Most men I have been close to have had this moon. I am fortunate that the family member I am closest to has this moon, too. This has to be a gift from God. I am a Moon Astrologer in that if the Moons are not in good aspect, I think the relationship is doomed. I hate to be so honest but I will tell you what I think always.

For me, as Cancer Moon, Taurus Moon is sextile, which is good. Trines are the best. Conjunct can be good but you may be too alike for a marriage relationship. I am not sure about this, though. However, you will kind of be “soul twins”.

Taurus Moon is one of the most lovely Moons in the Zodiac. I am sure some people would not like them, particularly the Moons which are square to them. However, in Taurus, the Moon is Exalted. That means amazing. They are loyal, down to earth, have a heart and a soul that works and can be loyal. What more can a girl want?

If I had to say something bad about them, they may not be the most exciting sign of the Zodiac, but it you are like me, I would take steady Eddie any day rather than a burning flame Vampire who is here today and gone the next. I am thinking of a guy but he will remain unnamed.

Moon in Gemini
I am a strong Gemini–Sun, Mercury,Venus and South Node.These are in the Ninth House. That being said, I think having a Gemini Moon would be a kind of hell, as would being in a relationship with one. I am not trying to insult anyone but Gemini is too high strung to be a good Moon sign. It is very easily distracted, gets bored very easily and can be VERY fickle. On the good side, they can be like a permanent clown show.
Moon in Cancer
I don’t claim any credit for being born with the best moon in the Zodiac. Cancer Moon is deep feeling, strong when needed, loves to belong to family and small groups of friends, will stand up and defend weaker people and is very intuitive. Not bad, you may say. On the downward side, they are fearful. They may have stomach problems when confronted with any kind of stress.They may be overly body obsessed i.e a hypochondriac. I am not saying I am.*Wink* However, the Moon is in its home, so how bad can that be?

Moon in Leo
I have never been very close to a Moon in Leo. I think they would turn me off, personally. Some people would love them and there is a lot to love. They are childlike. They love to have fun. They are creative. They are good story tellers. They love to entertain. On the down side, they can be very self centered. However, they usually don’t have a mean bone in their bodies, unless they have a very nasty Pluto or Jupiter with a ton of squares, but this is just a “what if”.

Moon in Virgo
I like Virgo Moons for some reasons and not for others. I would not want to be married to one. Simply speaking, I am not perfect enough. This is the same reason I would never marry a Virgo Venus. However, in terms of a friend, these dudes are loyal and I value loyalty as my top value. They are giving. They have good common sense, called horse sense. I am sure some people would be fine married to a Virgo Moon. If you are married to one or in a close relationship, tell me how you feel.

Here I go. I hate this Moon. OK, one should not say hate. You slapped my hand. I would never be close to a Libra Moon if I could help it—male or female. The only Libra Moon I would let into my life would be a canine. They are loyal irrespective of their moon. Ha ha.
This Moon is cerebral. Cerebral is all well and good. I am cerebral. I am studying the history of England from the first king up. I am on King Richard, by the way. I love cerebral for the HEAD but not for the heart. The heart needs to FEEL. If not, you get an Amber Heard, who I think has a Libra Moon. Nuff said.

This is an interesting one. I am close to a Scorpio Moon female. They are very deep and they are loyal. I feel sorry for them in that it is hard for them to shed off hurts and slights that other Moons can let go. This is not due to any lack on their part. It is the nature of this Moon, which is in the Fall. The Fall makes any planet a kind of mutant. It is like a fish riding a bike. It is kind of sad when it is the Moon, but it is hard with any planet. I have Mars in the Fall and I do not handle anger well. I, usually, stuff it into my stomach. In the case of Scorpio Moon, they simply take things too hard. I am not sure which Moon would be good with them. Usually, it would be a water Moon but I could not handle a Scorpio Moon and I am a water Moon. You let me know what you think.

Very few Saggi Moon people come across my personal path. I do have clients with this Moon( and all Moons) but knowing people in your actual life is different. I don’t think a Cancer Moon would work well with a Saggi Moon. They are quincunx signs and quincunx is IX-NE. It is debatable which is worse, a square or a quincunx. Let me just say, both are bad. With the quincunx, you are SO unalike that you can’t even drum up a fight. I am close to a Saggi Mars family member and I have a Cancer Mars, so a quincunx. Let me sum it up, he wants to travel and I want to not move from my chair with a book on the Kings of England. Get the pic?

Capricorn Moon
I like this Moon, even though it is in the Detriment, which means it is not a good moon to have. Capricorn moon is opposite Cancer Moon. We can understand our opposite moons, to a point. However, we see things in an opposite way. So, if I am crying over something sad, this Moon would tell me to buck up and not be such a baby. If this moon was calculating a cold blooded scheme, I would tell him to stop and think about how the other person would feel. I don’t think people can be really happy in marriage with opposite moons. I know some people will disagree. It would be really frustrating to be operating in a manner opposed to your partner. If the Mercuries were in excellent aspect to each other and/or to the Moons, it could mitigate things.

Capricorn Moon is like Libra Moon in that it plans rather than feels. However, if this Moon respects you, it will go a long way for you. Also, it may need some incentive beyond love, like if you have a big bank account. Just saying.

Aquarius Moon
This is another one of my personal dislikes. This Moon makes me cringe. The Moon can love a child in India that she does not know but not hug her own child. “Sigh” Do I sound bitter? I was deeply hurt by an Aquarius relative. This person had an Aquarius Sun and Libra Moon—the combo of the gods. But, to try to be objective about this Moon. This Moon will likely not cling to you. If you like that, this Moon could be good for you. This Moon may like to do charity work. If you like that, that is a second “ding” as in ring tone. This Moon may not want to be a mother, so if you want a women who does not want children, this could be your girl. I did not do too good a job on this description. Did I? This Moon is another one who thinks when she should feel. I don’t like that.

This guy is too sweet for his own good. I really mean to say he is too weak for his own good. This Moon could be gotten away better in a women but I really do not wish it on anyone. It is simply too sensitive for this cruel world. A strong Pluto would help the poor guy. On the plus side, this guy is very romantic. He may be the most likely guy to be a house husband. If you want to be the “man”, you may like him. There is someone for everyone.

57 thoughts on “Moons You Could Marry”