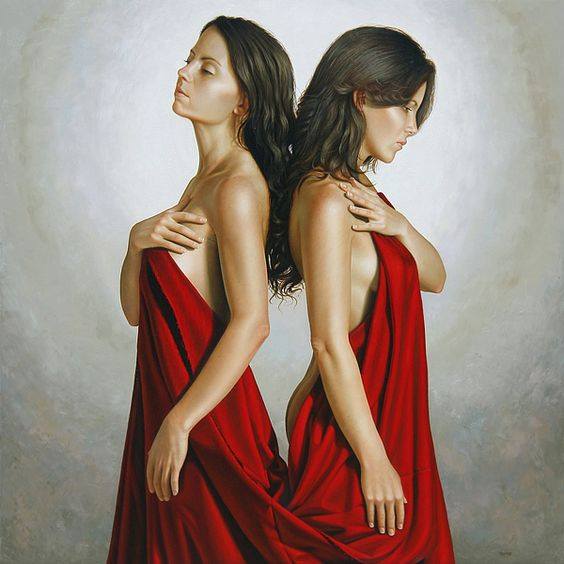 You can have a very good relationship with someone, yet they drive you crazy, so to speak, in certain areas of life. I write from my own personal experience here. I have a very close relationship with a person who is a Virgo Sun. I am a Gemini Sun. With the square, the AREA in which the person drives you crazy can be seen by the planets making up the square. I think that some squares can be incorporated into a relationship without breaking it. Squares may be good because they force growth.

Too many squares will ruin a relationship. Squares of certain planets would make a marriage very hard. Squares do represent a basic incompatibility. People do not like when I am so direct. However, I am not saying that the whole relationship is incompatible. THAT area represented by the square will be. Each person must stretch himself to make a set of behaviors that are not natural to him.

Now, let’s give some examples of squared planets and how they function in a relationship.

Venus represents our tastes, likes and loves. Venus represents the style of music, clothing, home decor,art etc that attracts us. Venus also represents the mannerisms of other people who either attract us or repel us.Hence, with squared Venus signs,there would be an incompatibility in this area. Let me give an example. You see an attractive man. However, he kind of turns you off in some way. Perhaps, he is too preppy or too hippie. Something kind of repels you, even though on the face of it there is no explanation. This would be classic for a Venus square Venus. Also, you may love classical music and he may love rap. This would be an example of very different tastes. I have seen Venus square Venus with my clients. It can exist in a long term relationship if there are close Moon aspects, I think. There must be enough bonding to overcome the Venus square.

I cannot take this in any relationship. I am very wedded to my Moon. I am a Cancer Moon conjunct the MC. I feel people’s Moons as either a warm cup of tea or a piece of sand in my eye. I do not feel one can have a good long term relationship with Squared Moons. People argue that Aunt Dody and Uncle Felix have been together for ninety years. Maybe so, but do you like in their bedroom? In my opinion, Squared Moons prevent that basic bonding in which two hearts relax with each other. Hence, if you have Squared Moons, watch the relationship and see what happens. The Moon is the heart. It is the most unguarded and vulnerable part of the person. One must be able to be as naked as possible with a marriage partner. Intimacy is from the head up, not the head down*sigh*.

I hope you have enjoyed this article and that you learned something that will help!

9 thoughts on “WHY Does This Person Drive Me Crazy?—Squares in Synastry”