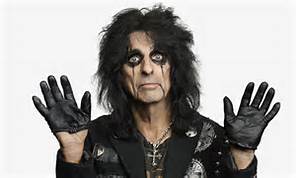 This question was asked in one of the FB groups. What is the difference between Moon trine Pluto, Moon square Pluto and Moon oppose Pluto? There is quite a big difference and I will try to explain here.

First of all, any Moon/Pluto aspect is very powerful. The Moon is the deepest most sensitive planet in the chart. It is one’s heart. Pluto is one of the most powerful forces in the chart. It is one’s primal passions and these include lust, greed, passion, jealousy and on and on. Think of something one would kill over. That would be a Pluto passion. They do not charge a man for killing someone who is sleeping with his wife in the same way the charge someone who commits a cold, premeditated murder. The former is Pluto passions becoming unleashed.

Now, that we understand the Moon and Pluto individually, let’s put them together. The trine is an easy flow of energy. Hence, the passions flow well and even thought they are very deep, they do not become dangerously obsessive.

The opposition is a yin/yang flow of energy—back and forth. So, at one time, the couple may be very close and passionate. At another time, they may fight like cats and dogs. Then, they will make up and it goes on—on and on.

With the square, there is a locked energy. At first, there would be great passion, but it would be of a wilder and more uncontrolled nature. Think “Fatal Attraction”. The square may not allow for a sustained relationship that is harmonious.I cannot say for sure because I have not seen it play out enough in charts. However, that is my guess.

To add the conjunction to this article, this is a very intense passion with deep soul. However, if there are no personal Moon connections such as Moon trine Moon, Moon sextile Moon or close Mercury connections, the relationship may become distant.

8 thoughts on “The Difference Between VariousMoon/Pluto Aspects”