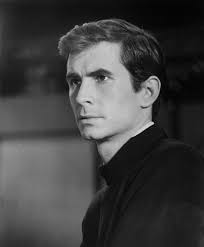 I do articles as I learn new things.I watch people in my life. I watch myself and I watch my clients. When I see things repeat again and again, I will write an article. I have a passion to make astrology easy and accessible. So, I hope this article helps you to understand one of the most important planets in the chart—the Moon.

The Moon is one’s heart. It is not usually shown to superficial friends. It is shown to those who are most dear to us. It is scary to be vulnerable. If you see and know a person’s moon, you will know them at the deepest possible level. The same goes for oneself. It is very hard to look at oneself honestly. Astrology is one of the best tools with which to do so. It is eons better than therapy, in my opinion. With that introduction, let’s try to understand the Moons.

Moon in the First House
With the Moon conjunct the Ascendant, we have a very attractive native. The First house is the SELF. When we see a stellium(3 or more planets in a house) in the First House, we may have a person who is too self focused. This is not the fault of the native but the First House can do this.I have seen cases in which almost all of the planets were in the First House. Through no fault of his own, this person is very self centered. If you tried to discuss this with the person, he would not understand what you were saying and likely become angry.

The Moon is the heart. That which is contained in the First House is visible to others. Hence, this person does not hide his feelings very well. You know the saying– he wears his heart on his sleeve. That is a person with the Moon in the First House. This native may not be able to see the emotions of others too well because he is so involved with his own emotions

Moon in the Second House
This MAY indicate a gold digger but this is more the case with a second house stellium including the Moon and Venus. I think Melania Trump has this. We don’t know her time of birth but it appears to me that she has a huge second house stellium. I have read that she is quite shallow. Her reading materials consists of fashion magazines.

Now, we must be fair to say that all people with the Moon in the second house are not gold diggers but they all need money in order to feel safe. The house of the Moon is the arena of life in which we need to feel safe.The second house is the house of money,finances. Everyone needs money to feel securebut it is more so for this native.
Moon in the Third House
The third house is all about communication. With the Moon residing within, the person would have a great desire/ need to communicate. It may be a burning desire. I have my North Node here and I have a burning desire to communicate. My biggest desire is to write a novel. I don’t think I ever will. However, I sing and play the guitar and try to communicate in this arena. I am not trying to talk about myself too much other than to say that a prominent planet in the third house would give this kind of desire.This native may communicate in various forms such as the written word, the spoken word, music, art or just simply feeling compelled to state his truth.

Moon in the Fifth House

Moon in the Sixth House

The sixth house is the house of service and health of the body. This native may love to serve, particularly in a hands on manner, such as a nurse, cook, teacher or childcare worker. If this is not in the heart of the native, he may be obsessed with his own health. I am obsessed with health and don’t have this placement, so go figure.

Moon in the Seventh House

These natives may need the acceptance of other people to an unhealthy degree( Didn’t I say that nicely) In most cases,this native wants to be married. This may cause problems in that the desire is so strong that the person may appear desperate. We all know that desperation is the kiss of death to any relationship.

Moon in the 8th House

This native may have had struggles,such as emotional or sexual abuse, which produce an emotional depth She may mature later than others.This native, also, may tend to hold grudges. The root of this is that things hurt this native very deeply. It is hard for her to simply shrug off pain.

This native wants to know what lies beyond the superficial layer of life. She may be interested in things that people never talk about at cocktail parties such as money, sex, abuse, primal passions etc

Moon in the Ninth House
I love the Ninth House. I have a stellium here so understand this house well. This is the house of the intellect. The realm of the intellect would be comfortable for the Moon in the Ninth native. He may, also, like to travel. God is an important part of this house. A person with a strong Ninth house wants to try to answer the deepest questions of life, such as why am I here? What is my purpose? Is there really a God?

Moon in the 11th House
The Eleventh House is the house of groups, hopes and dreams and acts of charity in far away places. I find that the two former arenas of life are the likely arenas for natives with planets here. The native may desire to be part of a group. She may join clubs, take classes so she can do activities with others rather than alone.

If not groups, her heart may have hopes and dreams that are important to her and which yearn to be met. As we look at the rest of the chart and see her gifts, we can see what these are.

Moon in the 12th House

This native may have had a hard relationship with her mother. The mother may have been absent. the hardest thing about the Moon in the 12th house is that it is very difficult for this native to show others her heart. She may pull back and isolate due to simple fear of rejection. The native may be deeply spiritual because the natural world may fail to meet her deepest desires.

15 thoughts on “WHERE DOES YOUR HEART LIE? THE HOUSE OF THE MOON”