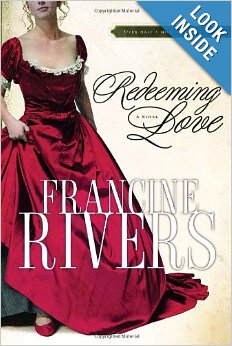 The first book is Redeeming Love by Francine Rivers. Biblia and I are reading it now, but I can keep this bumped up for all who want to read it and discuss it. It is one of the best books I ever read. I have to thank Biblea for getting me into reading again. I feel like a part of me came home. We plan on reading all sorts of books and discussing them. I have always wanted to be in a book club. If you have too, join us! Just jump on the Comment Section whenever you want. I will keep putting this to the top as long as people are interested.

Our second book will be Wolf Hall. I picked it up on Amazon for 5 dollars. Get the book somewhere and start reading and you will be ready with Biblea and me to talk about it!

Biblea and I have chosen our 3rd book

A Lineage of Grace: Five Stories of Unlikely Women Who Changed Eternity

I just bought it, so if you want to join us, start reading the books! All are welcome. Don’t be shy <3