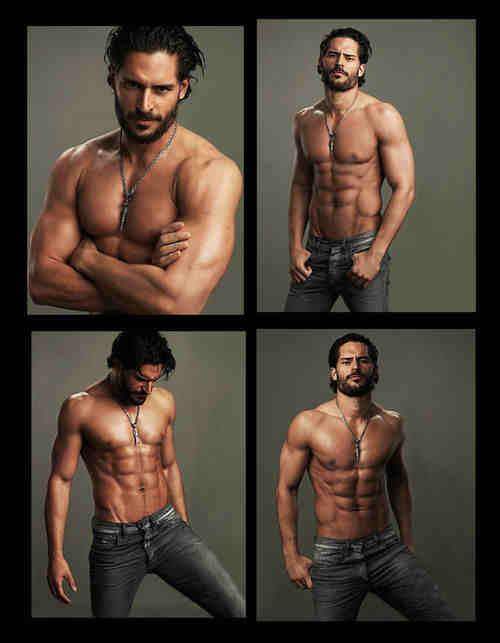 I am going to be very direct here, and not mince words. This is my experience from doing charts, as well as my personal life experience, as I watch how the charts mirror all my relationships.

The number one planet for closeness and intimacy with another person is the Moon. When you have the synastry chart in front of you and it looks like Greek, forget all that and zoom in on the Moons. Observe the manner in which one person’s moon touches another person’s moon. You will have won the bonus prize if you have moon trine moon.You want the orbs to be close, not more than 8 degrees. The closer the better, of course. One can understand the nature of the orbs by thinking of a fire. The exact orbs have the intensity of sitting right next to a roaring campfire. As the orbs move away, the intensity diminishes.

Hence, if a couple has an exact Moon trine Moon, they get my major vote of approval and the major amount of bonus points. This couple will have the intimacy of childhood best friends. If you have Moon trine Moon with a platonic friend, a business partner or a child, you will feel it and you will know it. It is the sense of a deep and easy intimacy with another human being. It is a rare aspect. One must consider the multitude of options in any two charts. There are many hundreds of possibilities. So, to find a Moon trine Moon will be a rarity, but a very special and precious one.

Second to Moon trine Moon would be Moon conjunct Moon. I don’t like this one as much because the people can be “too close”. By this I mean that they can be so similar that no one can pull back with a different perspective. However, it is still a wonderful and binding aspect to have and my second favorite synastry aspect.

What I would NOT want in a relationship would be Moon square Moon or Moon Oppose Moon. I have friendships with Moon oppose Moon and there is not a gut level understanding of each other. For a friend, one may share other traits such as a creative simpatico, which I have with this particular person. However, if I am very upset and distraught, the person does not understand me. A Moon trine Moon person, would.

The Moon aspects will show heart closeness and effortless bonding and intimacy. We, all, want this. That is why I judge all my relationships by Moon aspects. One cannot demand that all one’s friends have Moon trine Moon. However, if the Moon aspects are not favorable, don’t expect to make lemon-aid from lemons. You may be close and share many things, but you will never have that easy, effortless bonding that exists with Moon trine Moon and Moon conjunct Moon, in my humble opinion.

After seeing if you are best friends material, lets see if you are each others “type’. This is not related to emotional intimacy, but, rather, what you find beautiful. This is a liking of the person’s “way”. Venus is the planet, here. Venus shows that which we find beautiful in another person. Venus, also, shows that which we are attracted to in art, music, home decor, clothing, cars etc. It is important for one’s Venus to be compatible with a lover. It is not as important with a platonic friend, obviously. My Venus is not, often, compatible with my friends. When this is the case, they may not get my humor, as humor seems to be an aesthetic.

With Venus, we can use the same template we used with the Moon. Venus trine Venus would be the best. Venus conjunct Venus would be equal, or second. It is hard to say with Venus. Venus conjunct Venus may be first. However, they are both good. Venus oppose Venus would function in the same way as Moon oppose Moon, in that your tastes would be different. You may have an opposites attract. It may be able to be dealt with, in the context of the relationship, unlike Moon oppose Moon which would be a deal breaker, for me. However, your tastes in the things you find beautiful would be different. I would not want a relationship with Venus square Venus, as the square does not allow for movement, in my opinion. I think your essential tastes would be very different. That may make for dissension. One may not even be attracted to the person, at all. I cannot say this, for sure, as I have not had that much experience with Venus square Venus, in synastry. My feeling is that the people may not be attracted to each other, at all.

The Mars have to be somewhat compatible or the people will not understand the drives in one another.If one person has a” stuck in the mud” Cancer Mars, he would not need someone with another ” stuck in the mud” Cancer Mars. One would not need a dreamy Pisces Mars. One would need a go -getter Scorpio Mars or an Aries Mars. You can see how out of tune an incompatible Mars could be. With a platonic friend, this would not be too much of an issue. However, with a romantic partner, it would. You need the man’s Mars to enhance yours and vice versa. Again, a simple template for the Mars would be Mars trine Mars as the best. This way, you are different but compatible. Mars conjunct Mars may make the relationship too intense, as you would both get angry at the same things and in the same way. There would not be enough balance, in my opinion. Mars oppose Mars may not understand where the other is coming from, in terms of what the other person wants from life i.e. goals. I would nix Mars square Mars. You may have a combustible fling, but long term looks bleak, in my opinion.

I have simplified the aspects for ease of this article. Not everyone has a Moon to Moon, Venus to Venus or a Mars to Mars. There could be a Moon to Venus, a Sun to Mars etc. I am trying to simplify something which could have many permutations and combinations.

On to Jupiter. Jupiter enhances what it touches. It infuses it with joy, confidence and ebullience. Jupiter is like a fairy godmother. It just gives joy. Even in a square, Jupiter is not bad. At worse, it may make one too generous, too confident and too expansive. However, Jupiter is always a light touch, even in it’s squares and oppositions.

Lets get back to synastry, which is the subject of this article. If someone’s Jupiter touches you, you will feel buoyed. You will feel joyous. You will feel as if you can take on the world a la Rocky. We will look at some specific ways that Jupiter can touch, in synastry.

Saturn, on the other hand, is the opposite of Jupiter. Saturn restricts, as if it pours a cup of cold water on your head. When Saturn touches personal planets, you may feel sour or discouraged. However, Saturn can be a glue, in synastry. Saturn can be the hand of a stern father, without being mean. It is more this, than a cruel disciplinarian. However, one may FEEL as if Saturn is mean. You can extrapolate how Saturn would feel when it touches personal planets. It would have the opposite effect of Jupiter.

Uranus is the planet of electricity. Uranus is well known for flings as it may start hot and heavy and end burned up, such as a surge of electricity burning up actual wires. So, if your synastry is strongly Uranus dominant, without the Moon and Venus, I would expect a short but wild bus ride, such as a trip to nowhere and landing where you least expect. By Uranus dominant, I mean the man’s( or your) Uranus conjunct the Sun, Moon or Venus.

I have an interesting tidbit with which to end. Check your guy’s Descendent. This is easy and reaps a lot of information. He will admire the TRAITS of his DSC. He will not be attracted to the actual sign on the DSC, usually. However, this may be his ideal woman. This is good to know. Do the same for yourself, to see what you admire in a partner and what you aspire to, in yourself.

I hope this article helped and was fun. A Gemini always like to have fun 😀

32 thoughts on “Do You Want To Do A Simple, Simple Synastry( The Chart of Your Relationship)?”