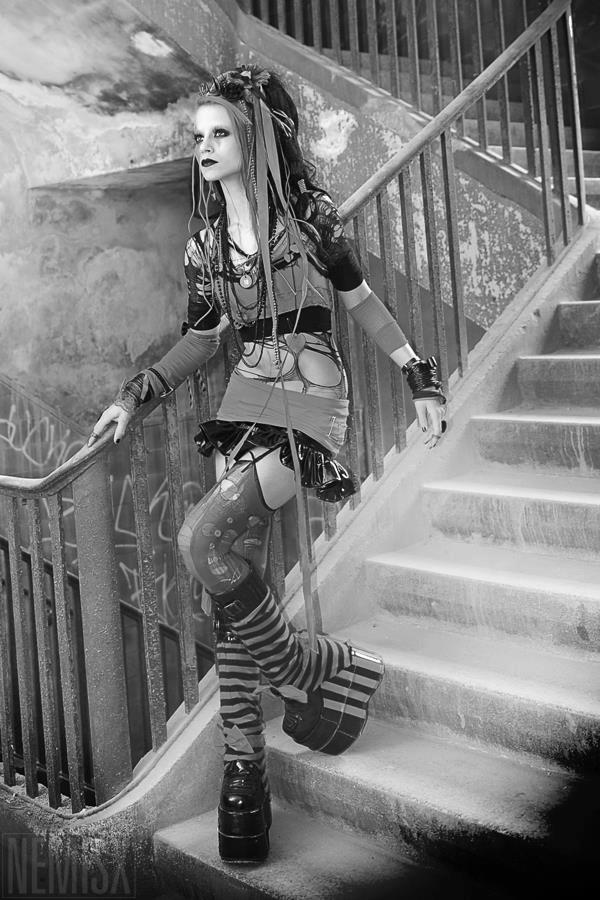 It was the last time my legs hit the ground, walking down the stairs to John’s party. The stairs went to his cellar. I had on a navy blue jump suit with a navy blue turtleneck under it. It zipped down the front. I had the figure of a girl just going into adolescence, but with breasts too big, but that is not important, nor what I was wearing.I got to the bottom of the stairs. The room had the nervous tension that parties do, especially at the beginning.It was a pivotal night because it marked the beginning and the end of something. That is what this story is about.

People take things for granted. I took for granted the simple experience of feeling. What do you mean, you say? I mean that that was the last night I could feel.People pair off in parties. I went in the back room with a boy and kissed. He was tall with dark hair and blue eyes. I never went too far. I didn’t want to go onto the bad girl pile. It meant something to me to have piles from which I could separate myself.
.

I came home from the party. My home looked welcoming until you entered. It was like one of those movie set homes that have warm facades but are a thin painted shell when you look from the back. I went to my room.My room was blue.It had a bed spread of blue flowers, raised with an embroidery that was fluffy.The flowers looked like they bloomed. There was a navy blue ceramic plate with a picture of a Dutch girl on the wall. My grandmother brought it back from Holland.

There were secrets in my attic along with my mother’s wedding dress and old, old books. My mother had TB when she was in college. She told me TB stayed in books, so I was afraid to open them. My mother was always afraid the TB would come back. When the kids got sick, she would dress in a doctor’s cap and a gown and go from room to room like an industrial green ghost. I knew there were many bad things associated with sickness: scary, scary things I buried in my mind. They went into a crypt, impervious to the elements.

I started having phobias when I was in Kindergarten. I had to touch the walls that I passed three times to ward off things like appendicitis, menstruation and throwing up. I was still a happy child because I made a compartment and put all these things into it like Pandora’s Box. These things were like Pandora’s sins which would come flying out if she didn’t lock it tightly enough. I locked it tightly. You can be sure of that.

That brings me to the party. That was the last night I could feel. I felt the kiss of the boy’s lips on my mouth like melting sugar and butter on the best cinnamon roll. I felt my body responding. I heard the people in the other room, but I knew I would be alright because I knew when to stop. Do you understand how I was alright if I could stop?

Are you getting bored yet? Several things happened after that. I did many things to try to make myself feel. I did many things to destroy the self who could not feel because I hated her. I had no respect for her. She wore a buttoned down, navy blue blazer with small gold hoop earrings and flat shoes—a WASP get up. Gradually, I didn’t care if I had on the right clothes. Gradually, I didn’t care if my hair was unkempt. All I wanted to do was to get back to the time at John Gordon’s party when I was kissing the cute guy and my body was melting.

I hate when I digress because I don’t want to get to the meat of the matter. I know you are pulling your hair out and telling me to get on with it, for goodness sake .Alright, I will. One night, I was going to kill her for good. I went to a party. One guy stood out in bas relief. He had bright blue eyes. His eyes looked like they could see to the core of things. I liked people like that because I couldn’t see anything. I was as dense as split pea soup when you make it wrong and it is a brick until you add water. He knew I was between two different worlds and that was why I was there.

I gave up my virginity so my mother would stop laughing at me. She told me I was uppity. I didn’t want it anymore if it cast me off. Her love was a chimera but I didn’t care. It made no sense to keep struggling against inexorable forces. I sealed shut the door to Pandora’s Box. I became like the wind, blowing here and there, with little resistance. Lots of things left that I needed and when they did, I was cast rudderless.

The guy never kissed me. He was shocked when the sheet turned red.Later,I found out that he slept with almost all of the girls at Vassar. I was not surprised. His eyes looked like he was from another world. I was in another world myself, one from which I am awakening. That is why I wrote this story.