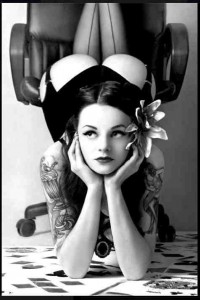 In this article I want to pose some of the kinds of questions I get and, then, answer them. That should be fun and interesting.

1. Does he really care for me or is he just using me?

For this question, I would go right to the moons. If a relationship is going to persist with that soul to soul kind of feeling that we all want, the moons must be in good relationship. My favorite moon aspect is moon trine moon, as you probably know. Moon trine moon makes the people different, but very compatible. Moon conjunct Moon is my second favorite moon aspect. In the case of Moon conjunct Moon, the people are very similar. This is wonderful, but I prefer the compatibility of two people coming together with their differences, as two halves making a whole.

At any rate, both aspects are wonderful. Let me describe how they feel. Do you remember meeting your childhood best friend? You may have been in first grade or junior high but you kind of fell in love with this marvelous person to whom you could tell secrets and giggle. This is both moon trine moon and moon conjunct moon. One can never make this kind of intimacy without the moons. It is impossible, in my humble opinion. Moon trine moon and moon conjunct moon are gifts. I am sure you have had them with someone. It is said that true intimacy is from the head up and not the waist down. These two moon aspects are true intimacy. If the couple has this, I would say that he is not using her.

For a player, even if you have moon trine moon or moon conjunct moon, don’t count on anything. Players do settle down. Look at Warren Beatty, but he broke a lot of hearts along the way. I am sure many woman wanted to be ” the one”. Identifying a player’s chart will come in handy. At least, you can be forewarned, even if you will not listen( as most people won’t in the throes of passion).

A player must have a charm aspect(s). If not, he could not get woman. The strongest charm aspect is Venus trine Moon. Not all Venus trine Moon people are players, but all are charming. All love woman and all are in touch with their feminine sides. This man could go shopping with you( and help you pick out a pair of jeans) He will, even, let you try on 20 pair. This man can talk on the phone, for hours, like your girlfriend. However, he does not lose his masculinity. That is quite a feat, but he can do it. I don’t know another aspect that can. Venus trine Moon is just an outstanding aspect and spells C-H-A-R-M.

There are other charm aspects. Ceres is the asteroid of unconditional love. I had an experience with a woman’s Cere’s conjunct my stellium. This woman was a sociopath and a tough cookie. She was very warm and nurturing with me. I checked the charts and there was her Ceres conjunct my Gemini stellium. The point of Ceres is that it is very powerful, when placed in a pivotal point in a player’s chart because he, actually, convinces you that he loves you, unconditionally, and we are all susceptible to that. My favorite aspect for Ceres is Pholus conjunct Ceres and I have seen this in two player’s charts. Pholus explodes what it touches. Ceres is unconditional love, so you can imagine the power of this aspect in a sexy guy’s chart.

Another classic player aspect would be Cupido . Cupido is one of those asteroids which is simple to figure out. It is trying to fool someone by making them THINK you love them, when you don’t. If a guy has Cupido conjunct the ASC, run.He will play out his Cupido, as sure as I am sitting here. He may wake up one day and decide to settle down, but before that he will wreak havoc with many, many hearts. Likewise, if Cupido conjuncts the Sun, Moon, Venus or Mars, I would take great stock in this. I have never seen a strongly Cupido chart which was not a player.

This reminds me of something else. What Saturn conjuncts, Saturn makes obsessive. If Saturn conjuncts Cupido or Eros, you may have someone obsessed with these energies and that could translate to player.

You, already, knew that but his life is about sex, sex, sex. If you are involved with this kind of guy and the sex wanes( and it, always, will) expect him to leave and shut the door behind him, permanently. We deal in realities, on this website. Truth is love.

33 thoughts on ““Will He Come Back?” ” Does He Feel The Same Way?”———Questions to an Astrologer Part Two”