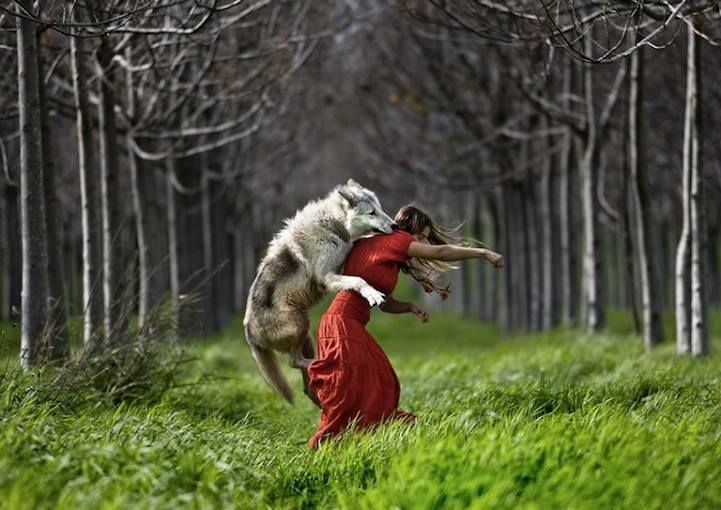 I know that you are on an astrology site. I know many people do not believe in the Bible. I am Jewish, so my road to Jesus was long and difficult. I have studied most New Age philosophy. I do many things that most Christians think are from the dark side like yoga and astrology. However, I do not believe they are from the dark side or I would not do them. I would shut down my website and never do a chart again if I thought I was dishonoring God. I have prayed many hours for God to show me and I believe He did. With yoga, I do the stretches and breathing exercises but do not do chants or anything that may call upon a foreign god.Anyway, that is just a little bit about me to show you that there are not many New Age things that I do not understand. Also, I worked in natural health for many years. I am a vegan, mostly. I use natural medicine and know a great deal about it.

I think everyone can look around and see things are quite different. Many “New Age” people think we are coming into the proverbial new age of prosperity, peace and harmony. I have been a bookworm from the time I was a child. I read George Orwell when I was twelve. “Animal Farm” and “Nineteen Eighty Four” made a huge impression on me. It shaped my world view and shaped my viewpoint of people. I studied social psychology. Most of what I learned as a Psychology major was deleterious to my life, but that is another story for another day.However, Social Psychology was very,very valuable.

I was very affected by the Milgrim Experiments. The point of this study was the relationship between man’s ability to have independent thought vs giving into an authority figure against one’s own conscience . That is how I summarize it. In the study, the GREAT majority of people listened to the authority and went against themselves. Why? Because they were “just following orders”. Sound familiar? What other group of people were just “following orders”.Ah, the Nazis.

The Milgrim experiment was rooted in the desire to see how and why the Holocaust happened. Why did so many people go against their innate sense of justice and morality and kill so many people? The answer can be seen in this experiment. The experiment was performed over and over in different settings and with different authority figures. The results were always the same.

How does this relate to the End times? It does and I will explain why. People don’t think for themselves. No one wants to think he is a sheep A sheep takes on a popular mindset as his own. He thinks he is an independent thinker but this is a delusion on his part. However, the Bible says we are all like sheep, so that is you, me and everyone else. To remedy the sheep mentality we all have, one must find the CORRECT philosophy. If not, one is in big trouble–soul trouble, eternal trouble.I know many people will think this is foolish. I was the same way. However, it is like seeing a puzzle that you cannot “unsee”.

My point in discussing all of the above is this——–a person needs to be very mindful of which worldview one accepts. I believe the Bible has the only true worldview. In God’s eyes, it does not matter if you are a New Age person, an Orthodox Jew, a Hindu or believe in any other religious system.It does not matter how good or bad you are either, which goes against our own way of thinking. The person who feeds thousands of hungry people and the person who has broken all God’s commandments are both going to Hell if they do not believe in Jesus.

There could be levels of Hell but that is beyond the scope of this article. If you do not have Jesus as your Lord and Savior, you are LOST. I know people will be angry at this. I know that you do not come to this site for this kind of thing, but please give some consideration to it. If you come to this site, I assume you have some respect for me. I am a very thoughtful person. It took me three years of Old Testament study to come to the conclusion that Jesus is the ONLY way to God.

I will get back to my theme which is the End Times. There are many things happening in the current times that are unique to all of history. The Bible tells us that we shall know when the end is near and how and why. One central factor in our being in the end times is the state of Israel. Israel was born in d day, as the Bible tells us.On the Old Testament times, due to disobedience, the Jews were cast from their homeland.However, God promised that GHe would restore them to it.. He did, after the Holocaust, which was foretold in the Bible, as well.

God chose the Jewish people for a purpose in history. He gave them many blessings but told them that they would reap curses if they were not obedient. However, despite the punishment of God, God loves the Jewish people who are called the “apple of His eye”. If you hate the Jews, you will be punished. If you bless Israel and the Jews, you will get blessed. In the end times, it is ALL about Israel. So, for this to happen, Israel has to be a state and the only time that occurred was in 1948 until now.

There are many more end time prophecies that are coming true at this time in history. The Jews are readying the Temple so they can perform sacrifices. To the Jew who does not believe in Jesus, he believes he must sacrifice animals to cover his sins. So, in the Temple, this will happen. The Jews who do not believe in Jesus, which is most Jews,are waiting for their Messiah. However, it will not be the true Messiah, who is Jesus. It will be the man known as the Anti-Christ. I believe it is Donald Trump. I have an article with several reasons why I believe this to be so.

One big reason, which may seem simple but it is big, is that very few Christians entertain this notion. If one says Obama is the Anti-Christ, most Christians will agree. However, the Bible tells us that the elect, which are the Bible believers, will be deceived about the identity of the Anti-Christ. I was someone who was a strong Trump supporter. I am ashamed to say that I was a Q advocate, too. I truly believed that Trump was sent to us as a savior, of sorts, to bring the country back to its moral roots and to bring economic prosperity. However, when Trump did not fight for an election that he obviously won, I started re-thinking. When I watched clips of Biden and he was a literal clown, I started to think that there was a plan that was beyond what was shown to us, the public. I started to realize that the plan for the US was not a good one. I started to study about Trump. I watched “Enter the Stars”–a amazing U tube channel. He is a brilliant student of politics and the world, at large.

If you look at all of Trump’s pictures, his hand is in the shape of a triangle. Study hand signals of those who are “on the dark side”, so to speak. Also, Trump’s so called pastor is a 33rd degree mason. This was Normal Vincent Peale, according to Trump. Trump gave us operation warped speed. Please, study all of the related things. I do not want to be censored for daring to go against the so called grain.

Trump picked all his music for his rallies himself. One of these is “Sympathy for the Devil”. Look up the words.

The Jews are waiting for their Messiah. However, their Messiah will be what we refer to as the Anti-Christ. The Jews need to accept this person into their hearts and souls. Jews do not trust easily for good reason. Trump is LOVED by Israel. Trump actually converted and became Jewish on one of his trips to Israel. To Jews, a convert is considered to be more elevated/respected than a natural born Jew.There is a city named after Trump. There are Trump coins.There is a song about Trump being the savior of Israel. It is called Super Trump. You can find it on U tube. It will be a cold day in Hades before Israel will ever trust Obama. For that reason alone, Obama cannot be the Anti Christ. Another big reason is that Obama has the charisma of a hedgehog. Obama is gross. don’t get me started.

Trump engineered the Abraham accord. The Anti Christ will CONFIRM the covenant. When this event happens, it will signal the beginning of the Tribulation. Think about this, no president keeps the covenant of another president, particularly with Israel, which is a prize place with which to make a covenant. Carter did the Camp David accord. Bush Sr did something else. Neither CONFIRMED the covenant of the other. Hence, I think it is the case that Trump will confirm his own treaty. Make sense?

Supposedly Trump has Jewish ancestry somewhere in his background. This is according to James Key on his U tube channel. Key explains Trumps’ ancestry.This I am not sure about. The Anti- Christ needs to be Jewish. One could look to Kushner if one wanted the perfect Jewish bloodline for the Anti-Christ. Kushner does not seem to have any charisma, though. Kushner is from the tribe of Dan and all bad Jews, if I can say it so plainly, such as Judas, seem to come from this tribe. That is just a thought thrown into the mix. The Anti-Christ must have “off the wall” charisma, so that leaves out Kushner unless a charisma ball falls on his head.

The Anti-Christ has a boastful manner. Trump has said that he could kill someone at night and be just as loved in the morning. Trump is a boaster. I personally don’t mind Trump’s personality but he is boastful.

In conclusion, I don’t think there is another leader who could make the people of the world “worship” him other than Trump. If someone else comes onto the scene with amazing charisma, a Jewish heritage and the other traits I have mentioned above, I guess this person could be a candidate for the Anti-Christ. As of now, however, I believe it is Trump.