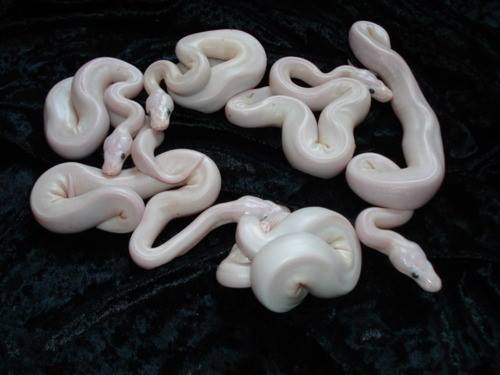 I don’t like Mars that much because I have him in the Fall. He lets me know it on a daily basis. However, most people have one or more planets in the Fall. The Fall is like being on a clanky bicycle, while your friend rides by in a Ferarri That would be Mars in Scorpio, by the way.

Mars in Cancer would be coiffed in his shiny bicycle helmet while Mr Cool rides by in his silver grey BMW (with an appropriate hottie in the front seat). Mars in Cancer is the nerd that no one wants on their team. He is picked last because the teacher makes them *sigh*

Since we started with the Fall, we will go to the Detriment, the next worst Mars. The Detriment is Libra. Libra is not the nerd on the bike. Libra can’t make up his darn mind. Mars is supposed to be your goal meter. One does NEED to make decisions to get somewhere in life. Mars in Libra will take eons to make a choice. He will hem and haw for ages before he can ask that cute girl for her number. Each Fall and Detriment position has very different issues.

Let’s move on to Mars in it’s Domicile and Exaltation. Mars is in his home in Scorpio and Aries. I like Mars in Scorpio better but that is a personal choice. Both are go getters. Both are poetry in motion, when it comes to planning moves and exacting them.

The exaltation is Capricorn. Here we have another form of Mars. This Mars can go after career goals like Superman. He can social climb like a pro. Most are successful in careers. Most are respected because they have basic, solid values with which they live their lives. This Mars may not vibe sex, as Mars in Scorpio. However, he will vibe a solidity that may be more important and more long lasting. You can’t eat sex, can you?

Let me elaborate a bit more on Mars in Aries. This Mars is cause oriented. Maybe, that is why it does not appeal to me. Mars in Aries will have some cause or causes, near and dear to his heart. He may feel that this is why he was put on earth. He will march, protest and hold banners. I don’t resonate with this, myself, so this Mars does not do it for me. We, each, have our preferences.

Mars in Scorpio is my favorite. You know that, if you read my articles. Each planet has a poetry in motion placement. It is usually the Domicile or Exaltation. Even with the Domicile or Exaltation, one may not like that placement. For example, I do not like Venus in Libra. It is too refined for me. It can’t get down and dirty and have a laugh at an unseemly joke like a Venus in Gemini. I know I am telling on myself. The upshot is that one must understand one’s likes and dislikes. One will, if one studies enough.

I can feel out a few placements in men. I can feel Mars in Scorpio, Venus in Scorpio and Moon trine Venus. Mars in Scorpio is a silver Benz. It rides oh so smoothly. It feels as if it barely touches the ground. You may as well be skating. If this Mars wants to ask you out on date, he will do it just right. He will not stammer and sputter like a Mars in Libra. He will not blurt it out, like he is cheering on his favorite team, such as will a Mars in Aries. Mars in Scorpio will kind of whisper in your ear, as if you and he are the only people on earth. At that moment, all you want to do is say yes. Mars in Scorpio appeals to your primal nature and we all have one.

Mars in Taurus is kind of the lazy, indolent cow, chewing his cud. He does not want to be pushed to make decisions. He wants to take his good, old fashioned time. Thank you! This Mars can stick to a decision once he makes it. He may stick so much that you wish you could pry him from it. However, there is something to be said for being solid in this ephemeral world.

Mars in Leo is our stud, shall we say. He may not be an actual stud but he thinks he is. You know what they say about a the cat who pictures himself as the lion. This Mars is a legend in his own mind. You may like him, if you like flashy things. You may like him if you want a date that takes you to the best restaurants and clubs. The one condition is that you have to make him look good. He does not want to drag an old house cat, next to his perfect cashmere, navy Brooks Brothers blazer. If he looks like he stepped out of G. Q., You better look like you stepped out of Vogue. Get the pic? Mars in Leo will live large. If you like to live large, he may be the Mars for you. If you don’t need or want this, look for a Mars in Taurus. You can bake break while he whittles wood.

Mars in Virgo will be the best nurse when you are sick. He will be a wonderful employee. He will take care of the bills. He will show you he loves you by serving you, not by buying you black silk at Victoria’s Secret. There is something to be said for substance over flash. Oh dear, life is so complicated.

Mars in Gemini is not the most stable Mars. He likes new, new, new. This goes for girls, as well as goals. Mars in Gemini may start the goal with vim and vigor but you know that a shinier goal is going to present itself. What is a poor Mars in Gemini to do? He wants one of every color.

Mars in Sagittarius has much the same problem as Mars in Gemini. In fact, Mars in Pisces has it too. These are all Mutable Mars. Mutable is not a go getter. Mutable is a Cheech and Chong—“Whaateeva”. Mutable can be good in many situations. However, reaching goals is not one of them. Mars in Saggitarius likes adventure too much to stick to one course of action. Mars in Pisces gets pulled away by his imagination wandering.

Mars in Aquarius is one of my favorite Mars. Mars in Aquarius takes the best of Aquarius and amps it up. This Mars seems to be very fair. He seems to have solid values to which he truly lives, not just espouses. It is a Fixed sign Mars, so he can make a decision and stick to it. He is open minded, as well. This is a good all around solid Mars in my book. It may not be a Benz, but it is a good solid Volvo.

I hope you get something of value by reading this article. I hope you have as much fun reading it, as I did writing it 😀

24 thoughts on “Mars–How You Go After What You Want”