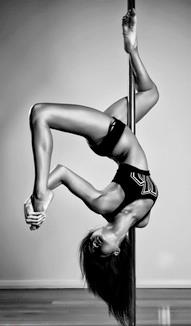 These are not in order. These are just a result of my personal experience looking at charts

1. Mercury Combust the Sun–the closer the harder. Each degree matters. This aspect makes it very hard for a person to see himself with an objective eye. He is too close to himself, such as one house which is too close to another house. There is not the needed distance. People with the combust take things too personally. For example, if someone insults them, they react fast and in a defensive manner to protect their egos. Someone without the combust could pull back more and assess the situation. That is what I mean by the phrase” too close to oneself”

2. Asteroid Dejanira conjunct the Moon—all cases of this I have seen have had sexual abuse–very, very sad.

3. Chiron Conj the ASC–this is severe bullying that effects the person throughout life, such that they never get over it

4. Water Void–these people do not understand how they effect others, so they put their foots in their mouths and are off putting to others. Then, they are truly in pain, as they don’t understand why they were rejected.

5. Moon in the 12th– need to be intimate and close to others but fear and vulnerability stop it. They bring this pain on themselves and think it is others

6. Mars in the 12th—action is super hard. Expressing any passions is super hard. This makes the man wimpy, as he can’t stand up. Harder for a man than a woman.

7. Venus in Scorpio makes the person feel as if he/she is over sexed. The person can have a secret insecurity about this.

8. Mars in Cancer–the person cannot show his/her drives easily. He puts his emotions in his stomach and has stomach problems

9. Moon in Virgo–the person has a heart which can feel robotic and cold, as if they cannot feel, but think and reason, instead.

10. Child Asteroid Conjunct Dejanira–abuse but not as bad as Moon conjunct dejanira, but usually sexual abuse

10. Many planets in the 1st house. The person may be very self oriented, such that others are put off and the person does not know why.

11. Saturn Conj the Sun–Degrees matter a great deal here. An exact conjunction can be crippling. Once you hit 6 degrees, it will be more ambient. The person feels riddled with self doubt, as if a giant inferiority complex follows them around like the cloud which follows Pigpen in Charlie Brown.

12. Moon in Scorpio feels like a giant stone one must carry around one’s neck. The person is too intense such that he thinks his lover is cheating when she goes to the corner 7 -11 for milk. The Moon in Scorpio ramps emotional intensity up hundreds of decibels, by the sheer fact of this moon in this placement. He cannot help it He is , usually, ashamed to show people just how deeply he feels, as he is embarrassed.

13. Anything “bad” conjunct the North Node. I know that by the use of the word “bad”, I am going to have Astrologers coming out of the woodwork telling me that there is nothing bad. There are just challenges. I guess that is why I needed my own website. I can say what I want 😀 At any rate, something abusive such as Nessus, victimizing such as Dejanira, painful such as Chiron, limiting such as Saturn, giving betrayal such as Sedna etc etc will force the person to have a life with this theme. Isn’t that saying it straight out? YES

14. Squares of pivotal parts of the chart. Each planet is a part of the person, a slice of a person with a different function. Think of the human body with the heart, the brain, the lungs etc. Each does a distinct job and has a distinct nature. Each planet is the same. When you have the deepest heart( Moon) squaring the love part of a person( Venus), one has a disconnect between their deepest emotions and being able to show these emotions when they love. The square stays locked for life. This is another area where I will have Astrologers all over me, saying this is not true. I think it is. The opposition, on the other hand, allows for a back and forth motion, such as a yin/yan motion back and forth between either pole. So, it is not so locked in. The conjunction is a melding of the energies. This can be good or bad, depending on which planets and how close. For example, Mercury conjunct the Sun is a blessing when it is at 6 degrees. It is a sign of great intelligence. It can be a curse when it is exact, as it is one sign of mental illness imho. It is what I called the combust in my first entry.

15 Mercury square Uranus I hate this one, especially if it is exact. I cringe when I see it. This can be a sign of mental illness. This one makes me cringe second to Dejanira conjunct the Moon, which is my biggest cringe factor. How amazing is it that an Astrologer can know what someone went through, from a few symbols on the chart. There has to be a God, but that is another story lol

17. Algol conjunct the ASC. Algol is the worst fixed star. It is associated with Charles Manson types. This is not to say you are a Charles Manson if you have this, but you will have dark impulses, most likely.

18. Pluto conjunct Venus–this is similar to a Scorpio Venus. The person will feel very, very sexual and may feel embarrassed or ashamed of it.

19. Neptune square Mercury. Neptune is the next world. One can leave this world and go to the next with imagination, creativity, music, art, God or drugs, alcohol and addictions which are harmful for us. Hence, Neptune is a double edged sword. When Neptune squares Mercury, the mind may tend to mental illness as Neptune dissolves what it touches and one needs a certain degree of solidity to have good mental health.

20. Jupiter with many planets( such as 3 or more) making squares or oppositions to it. This can dull the conscience and the sense of right and wrong.The more planets involved, the more severe the lack of conscience.

21. Stelliums in the 12th, 7th and 1st, in that order. A stellium is 3 or more planets in a sign. The 12th House is the hardest house. It hides what inhabits it. It represses and suppresses what inhabits it. It is very hard to deal with any 12th House planet, let alone 3 or more. The person will, often, have a hidden fantasy life or a complete double life. The 7th House stellium makes for co-dependency as the 7th House planets want other people to “do” the planet i.e. they want to find the nature of the planet in the partner. The 1st house stellium may make the person super self centered. It is all about them and they are the last to know lol

24. Capricorn ASC—May give the person a bony and kind of haunted appearance, such that the person may feel sensitive about how they look. The person may have a beaked like kind of nose.

26. Moon in Cancer in the 12th in a man’s chart–This man will suppress his emotions. He may marry a cruel woman who will be brutal to him emotionally.

27. Any Moon in the 12th House in a man’s chart—Suppression of emotions and marries a cruel woman.

28. Uranus in the 12—Has quirks which are kept secret.

29. Pluto in the 12th–Has a secret fantasy life or a kind of double life where he/she is the “good” one and the “bad” one

31.Nessus conjunct the ASC—May abuse others.

179 thoughts on “The Hardest Aspects To Have in the Chart”