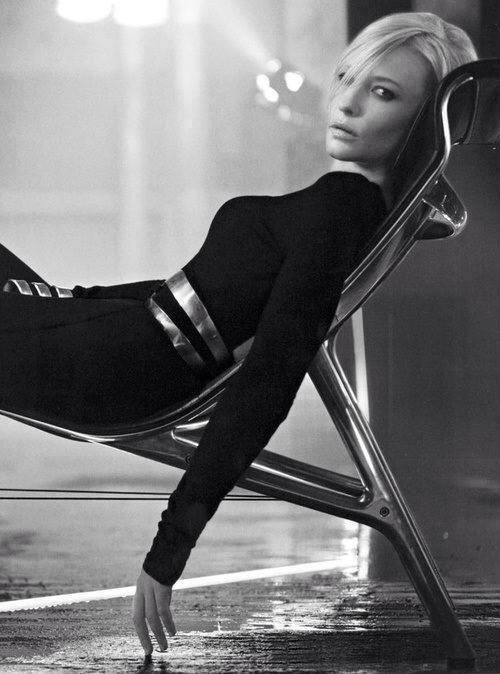 The House in which the Nodes reside are more important than the sign, in my opinion. The problem with isolating the SIGNS of the Nodes and drawing conclusions is that there are many factors which may modify the traits of the sign to the point that the sign of the Nodes may not be very elucidating.

I will give a personal example. I have a four planet personal stellium(including the South Node) in Gemini in the 9th House. In this case, I have a strong Sagittarius leaning due to the 9th House, Sagittarius’ House. That puts the NN in the 3rd House in Sagittarius. Hence, one has to COALESCE the meaning of the North Node in Sagittarius with this in mind. *Sigh* I hope that made sense.

However, true to the definition of the NN, Sagittarius is a sign to which I greatly aspire. The traits of Sagittarius feel slightly out of reach, which is a defining trait of the North Node. If the NN is easy, your time of birth is wrong. I feel confident in saying that because the NN defines the chart, in many ways, as does Chiron. If one’s Chiron does not fit the House, I believe the time of birth is wrong ,also

Aries/Libra Axis
The NN in Aries would make Aries a sign to which the native aspires. Aries has confidence. I, always, picture him in a red bikini speedo. (I used to swim a mile a day in college and grad school) He struts his stuff. He has strong opinions and he has no compunction about sharing them. He is up for a fight( even if he does not start it). The NN Aries native has the South Node in Libra. This tells us that he is a giving partner. This is his NATURAL state. The SN shows us that which is natural and comfortable. The NN shows us that to which we aspire. For the Libra SN, he does not want to be the sole winner of the fight. He wants both people to emerge as winners. Hence, we see the polarity in the signs. Aries is the “I”. Libra is the “We”.

To summarize this, lest someone get lost in the prose. The NN in Taurus needs to be more practical. He needs to keep his bills ordered on his desk. He needs to pay them on time. The NN in Scorpio needs to learn to let go. He needs a class in Getalt Therapy, in which he learns to emote. His struggle will be to accept his primal impulse in all their raw beauty. This would include lust, aggression, anger, selfishness and the other emotions one does not express at cocktail parties.

Gemini/Sagittarius Axis
Gemini is good with small talk, chatter as we say in the field .Gemini is a friendly, flirt, jack of all trades. She may be the wittiest sign of the Zodiac and don’t try to beat her in Scrabble. Sagittarius is a soulful fellow. He wants to know WHY he is here on earth. Don’t let his friendly, golden retriever manner fool you. He is a deep person. He has more of a sense of law and order than you may imagine, as well.

Cancer/Capricorn
Cancer is the sign of home and mother. She is very protective of her nest, and she does makes one. You are either in her nest or a stranger a la a dog who protects his pack. One must demonstrate loyalty to gain entry to her nest. One must maintain loyalty to remain there. If there is one thing that Cancer cannot brook, it is betrayal. For the native with the NN in Cancer, she needs to learn to be more maternal. Being maternal is more of a state of mind than being an actual mother. It is the act of nurturing others( including pets) It includes fighting for those whom you love and those who are vulnerable. That is the nature of Cancer.

Capricorn makes his way in society by climbing the ladder of success, one rung at a time. Capricorns get things done. They are the CEOs, the leaders, the people who can stick to a goal when others have long given up. Capricorn is the sign of the father. The native with the NN in Capricorn will need to learn discipline and maturity. This is that to which he aspires.

Leo is the sign of the child. He is warm, affectionate, gives great presents and greater hugs. Every lovable, adorable child is self centered. That is part of what makes them so, darn cute. However, in an adult, it may have it’s drawbacks. The native with the NN in Leo needs to be MORE self focused. He needs to be more self loving, and more playful. Basically speaking, he needs to let loose and wear a lampshade on his head( metaphorically speaking)

Aquarius is the sign of the do-gooder. I don’t like Aquarius Suns, so you may see my prejudice. Aquarius seems to me to be the apple polisher kid. When all the kids are chewing gum and sticking it under their desks, the Aquarius is free of gum and pointing under the desk for the teacher. On the positive side, Aquarius will take on causes which others will ignore. This can be good because someone has to fight the world’s battles. For the native with the NN in Aquarius, he needs to look beyond his small world to the world beyond.

The polarity here is one’s small world and the larger world.

Virgo takes great pride in the work of his hands. A Virgo without a way to give to others will be a depressed Virgo. His manner of giving is practical. That differentiates him from his opposite sign, Pisces. Pisces is comfortable in unsavory places in which other sign will not go– mental institutions, jails, hospices and the like. The NN in Virgo needs to be more practical in how he offers service. He may need to learn how to take out the garbage and clean the kitchen. The NN in Pisces needs to learn to jettison the practical world and ride the wave of the mystical.

The polarity, here, is between the mundane and the mystical.