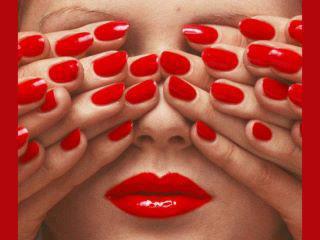 I must look at 50 charts a week. I have to see a pattern long enough to formulate a working theory on it. My theories are based on the experience of my clients, my Forum members or the people at Linda-Goodman.com. I have been seeing the same pattern over and over for planets( or asteroids) conjunct the DSC. It is a unique kind of struggle. It is a unique kind of pain.

I have Moon square the ASC( 3 degrees). It is harder to be as open in my daily life as I am on here. The square makes it such. That is simply the Angle placement. (The Angles are the ASC, IC, DSC and MC) So, one should check the ASC and the MC and know that one is going to SEE the planets or asteroids which conjunct these angles.

Lets talk about some hard planets and asteroids conjunct the ASC. Saturn conj the ASC is a hard childhood. The childhood is filled with deprivations. The child must grow up early. This position may give teeth or bone problems, as well.

Neptune conjunct the ASC is another kind of hard. This makes one feel a loss of identity. One may feel as if one is a ghost, with the wind blowing through where a solid ego should be. These natives are very attractive in an ethereal way. The, often, have beautiful eyes, too.

If we want to continue to talk about hard asteroids, we could start with Nessus. This would be the asteroid of the abuser. We could point to Dejanira. This is the asteroid of the victim. We could look at the fixed star Algol, which could be called the “serial killers’ fixed star. Are all people with Algol conjunct the ASC serial killers? No, but I would say that all people with this placement will be plagued with evil thoughts, as if there is a Twighlight Zone episode playing in their heads

Now, let’s get to the subject of our article, which is the DSC. (My Mercury Retro makes me build a brick by brick foundation for everything. It is how Mercury Retro thinks.) Hence, we have talked about the ASC and MC. We will skip the IC for this article and go right to the DSC.

The DSC is the cusp of the 7th house. The 7th house is the first House that brings in a partner in a serious way. The 5th House would be dating, The 7th House is when you make a serious commitment to someone outside of yourself. Hence, the DSC is unique in this. Herein, lies our problem. It is the struggle between the self and the other. This is every man’s struggle. However, the person with planets conjunct the DSC finds it VERY, VERY hard. For the native with many planets conjunct the DSC, this is probably one of the hardest issues of his life. Hence, lets talk about some specific planets and asteroids conjunct the DSC and what they mean.

Let’s look at a few asteroids conjunct the DSC. If one has Nessus here, one may deny one’s own abusive traits but find them in an abusive partner. This would be called ‘reaction formation” to use a Psych term. It is a strange defense mechanism. I remember thinking it was so weird when I first studied it. I thought, “whaaaaaa????” However, I started to try to see it in real life. I did and I will try to explain it to you. It exactly fits into the angst of the person with planets conjunct the DSC, which is the subject of this article.

I will give an easy example and one we have all seen in daily life. Have you ever seen a person who was SO adamant about a topic and later turned out to have the issue or problem. There is the classic example of the Christian pastor who condemns homosexuals with a ferocity. He is later found out to be gay. There is the man who condemns pornography in the same way. He is found to be addicted to pornography. These are clear examples of reaction formation but there are more subtle examples that we all encounter.

I seem to run into the same person over and over. She is usually a woman who acts perfect, not a flaw and not a stain. However, inside she is the Wicked Witch of the West. This would be reaction formation because this kind of person denies ANY evil impulses but sees them in others. We, each, probably have a certain type of person who plagues us. We probably have our own form of reaction formation, too. God put the defense mechanisms in people so people would not die. They are there to absorb pain.

Back to the DSC, planets on the DSC are disowned by the person and sought in the partner. That is what brought me to the topic of reaction formation. You can take any planet or asteroid and see how it will effect the person by remembering about Reaction Formation. It may not be as severe as this but it will help you to remember the struggle and the angst of planets conjunct the DSC.

I look forward to hearing your personal stories, as always.

26 thoughts on “The Unique Yearning of Planets Conjunct the Descendent”