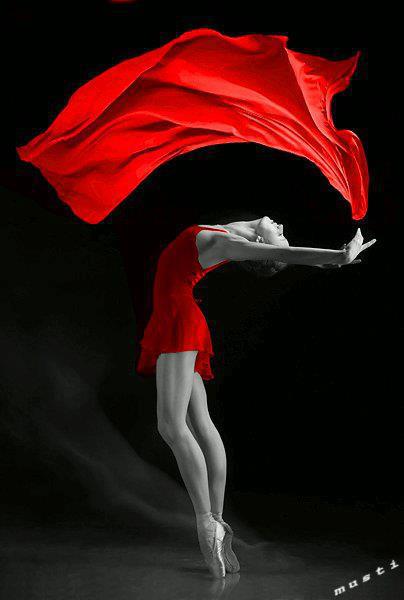 To Dan, one of my  favorite readers and friends, who combines outer beauty with TRUE inner beauty.

I don’t know about you but I have things to overcome. I would say that the hardest things are my own thoughts which are like walled fortresses. One builds up thought fortresses to deal with pain. God installed defense mechanisms so the organism would not die . One can die when one’s heart is broken. However, what was meant to save us  imprisons us.We walk around with our prisons on our backs, as a snail with his home. How is one to break  these defense mechanisms? That is the subject of this article. It is based on my personal experience but I feel it applies to everyone and his Pluto.

I have Pluto in the 11th House. I have, always, had an inherent strength in groups. The idea that I could be coerced to act in a way contrary to my values for peer pressure  was abhorrent.When I went to college, I did not join a sorority because I did not feel I had the strength to stand up against pressure. However, a person cannot avoid confrontation forever. One must face one’s demons.For all my struggles, groups was one place I  would not yield.

I saw the Milgrim Experiment movie in college. I cringed for the people who lost their power in the face of authority. The Milgrim experiment was posed to answer the question of how “Good Germans” could kill six million Jews( and others).  Sidney Milgrim endeavored to answer.  His experiments tested man’s willingness to be inhumane to his fellow man.  An authority figure told the client that he must dispense electrical  shocks to  an innocent  person. About 65% of the participants shocked the person to death. so they thought. Of course,  the person was not actually shocked. It was an actor. However, the conclusion remains. Most people would do anything  told to them by an authority. (The same thing is happening  in the present time, with the Arabs and Israel in movements like BDS. However, that is too far afield to tackle now, so I will stick to the subject, at hand.)

The 11th House Pluto will not be overcome by  group think.  His strength will come as he asserts himself in a group setting. He is programmed to do so, as a result of Pluto’s 11th  House placement , which is the House of Groups. However,  it will not be easy. It will be painful. It will be humiliating. He will fall and he will get up, but if he sticks to it, he will find his lost strength. That is the point of this article and the role of the House of Pluto for everyone.

I joined several groups. I let myself be known. I think this is essential for transformation. How can you grow if you are hiding? Your true face is the only one that can change. Your false face will never serve you . You will die from depression as you try to primp her and she will curse you with  emptiness.  If you are like I was( and  still am), my true face is not too lovely. In fact, it can  be downright ugly.However, I can never find my true beauty if I  hide my ugliness. That is kind of the point of this article. One must risk one’s true self and it will be in the House of Pluto because  Pluto is our personal phoenix. The House of Pluto will have ups and downs. That is a given.  The struggle   will continue until it is mastered, which it can be. Once, it is mastered, many lessons will become clearer. Let’s talk about Pluto in the Houses, now.

Pluto in the 1st House

This Pluto is a natural leader. His task will be to yield power because he has ample amounts. He will be gifted in any position that requires authority such as teacher, policeman or CEO. Even if he is not in an actual position of leadership, people will sense his powerful aura and step back and allow him to take the reins.  The downfall of this position is wanting to be too much in control. Remember the yin and the yang? It applies here, too.

Pluto in the 2nd House

This Pluto will not be a stranger to money woes. He may have  feast and famine. He is destined to learn lessons in the arena of money. He needs to master money not let money master him. The root of all evil is love of money, not money itself. People get this wrong. Money must be in it’s proper place. This native will rise above his  demons through  learning this lesson.

Pluto in the 3rd House

This native will not have an easy time with communications. This house could, also, make for a hard time with siblings, early schooling  or neighbors. Mostly, it seems to be communication, though. This native may be very,very  shy. He may have a speech impediment, such as a lisp. He may have ADD. He may feel all pent up inside and not be able to tell others, so he festers and  blows.  This native has the task to open the lines of communication and come out singing, not swinging.

Pluto in the 4th House

Everyone I have seen with Pluto in the 4th has had a violent childhood. The violence may have been simmering and not outright but the threat of violence is violence, too. This native has one of the harder Pluto positions because the trauma seems to stay with him for a lifetime. Trauma can imprint on a person and this Pluto may do just this. For this native, he needs to face and embrace his childhood. He needs to face and embrace his owm tumultuous  emotions. He will have them and in the spiraling storm of his own heart, he will find the answers.

Pluto in the 5th House

Pluto in the 6th House

The 6th House is the House of Health. It is, also, the House of practical services such as nursing, teaching, car repair, hair dressing: any job that requires hands on work. If the native’s domain  is health, he may have health conditions that flare up  and down. He may feel plagued by these and unable to rise above. He may need to find alternative and creative ways to heal these and in doing so will develop new parts of himself such as compassion and humility. If service is the domain  for this native, he may have many ups and downs with jobs. If he sticks with it, he will learn the lessons needed to overcome and transform in the process.

Pluto in the 7th House

This native may have marriages a la Liz and Dick. There may be great highs and great lows.  This is not an easy Pluto position because few pains are are heartbreaking as relationship pains. However, if he endures, he shall learn and he can overcome.

Pluto in the 8th House

This native is no stranger to kink.  He will be a person of depth, both emotional and sexual. He will need to travel to the netherworld  and emerge, able to be a citizen of  both the dark and the light. When he has incorporated both realms into his own psyche, he will have completed his task as the bird represented by Scorpio, the natural ruler of the 8th House, the mighty phoenix.

Pluto in the 9th House

This native will struggle to know God.  He is not content to pass his life in superficial pursuits. He wants to know WHY he is here and what is his purpose. He may have had lots of ups and downs in traditional religion. He may have had ups and downs with higher education such as starting and stopping. At any rate, he will find God and discover  his life values. The 9th House Pluto will not settle for less.

Pluto in the 10th House

This native will have ups and downs with career. He may have a shining place in society, only to fall. Then, he may rise up again. He will need to learn how to wield power. He may do so as a CEO or as a socialite. He will need to learn the lessons for being a mover and a shaker. These do not come easily but he is compelled to do so and he will overcome when he sets his will to it.

Pluto in the 11th House

This native will learn his life lessons in groups. He will need to know that he can hold his own and neither be submerged or overly dominant. He needs to simply find his own compass. He will do so in the context of groups  but groups are merely the vehicle of transformation.

Pluto in the 12th House

If the 8th House is kink, the 12th house is super kink. However, this native will hide his kink, whereas the 8th house native will express it. Therein lies the rub. The 12th House Pluto may feel as if he is housing a giant secret. He may feel as if he lives a double life a la “Searching for Mr Good Bar”. The actress is a demure teacher by day and an out of control denizen of the licentious bar scene at night. If one has a 12th House Pluto, one needs to find someone to whom one can unburden one’s soul. Kinks only become out of control when they are pushed so far down that only violent explosions allow them to emerge. Share your secrets with someone as we are only as sick as the secrets we keep.

I hope this article has sparked you to look into your own Pluto and what it means for your transformation. I await your comments, as always.

18 thoughts on “Transformation—The House of Pluto”