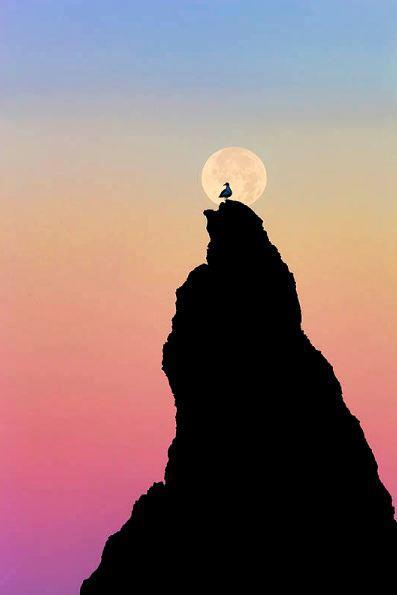 Capricorn, like Virgo, gets a bad rap. Cap may not have the pizazz of a Gemini or the downright sultriness of a Scorpio.However, Cap is the real deal. Gemini can be here today and gone tomorrow. Scorpio may lure you into his den with it’s mysteries, but if you want the real deal, don’t eschew a Capricorn. Playing is fine, but one has to come in from the great outdoors. Whips and chains can be exciting, but Ho Hum, too much of a good thing gets, well, too much. When you are done playing and want the whole package , consider that stalwart Capricorn who has been waiting for you: the gentleman that he is. This does not mean he has no game. His game will come, as all things do, in the right time.

Cappy is a gentleman. Cappy believes in quality, in himself, and in others. Hold yourself as someone who can be respected. If Cappy loses respect for you, it is over. Even if he stays to honor the marriage vows, he will never give you his heart. His heart needs someone he can respect. In turn, he will make you his queen. Unlike Leo, who must be the only royal in the house, Cappy wants to build YOU up to royal status . When he finds his true love, he will shower her with everything . He will protect her. He will make her a beautiful nest, as sumptuous as he can afford. It will be well made with the highest quality he can attain. His woman will be treated as all woman desire, with honor.

Cappy may have had to grow up early. He may have been one of those children likened to an old man. Cappy knows how to work hard for his goals and dreams. He can teach flighty signs , like Gemini and Saggi, a thing or two. Cappy truly does honor the values our grandparents held dear. Capture a Cappy and you will have the man your friends will wish for . He will be by your side when you are old and grey. You will get more precious as the years go by, not less.Cappy values things that can stand the test of time. Let the Scorpio be eying the legs of your friends. Your Cappy will be looking into yours. Not so shabby.

I will talk about Capricorn in the various places in the chart and as the sign of the various planets. Capricorn Ascendant is one of the harder Ascendants. He is a serious sort. He will not be at the center of the party with a lampshade on his head. Leave that to Sagittarius . Cappy may not make the rounds and flirt with every girl in the room.Leave that to Scorpio. However, if you want someone who is there after more shallow people have left, Cappy may be your man. As the Ascendant sign, Cappy may have a bony look. Capricorn rules the bones. He may have a beaked kind of nose. He may appear tall and gawky. On top of that, he is a serious person, mature before his time. As you can see, he may not be the life of the party . However, he may be sitting on his stocks and bonds when sillier types are still living on their mothers couches.

Capricorn as a Sun is a good spot. The Cappy Sun can set goals and achieve them, in a step by step manner. If times get tough, you want a Cappy by your side. Cappy is solid. When you need a friend in whom you can confide, Cappy will be one of the best choices. Cappy can keep a secret. For a husband, Cappy is one of the best bets. All things get old. Your game gets old. Your body gets old. Your personality gets old. After you are married, you need more than a cute face and a nice figure, you need enduring values. Look around and see the high divorce rate. Many of these people thought the cute girl or guy would stay that way, forever, sealed in eternity. A Cappy knows that does not happen. He is one of the most realistic signs of the Zodiac. He will plan ahead, so your retirement is not spent in a cardboard box. If you have children with him, he will commit to those children. He takes his role as a father seriously. You can relax, as a wife of a Cappy. He knows there is more to life than a nice figure and good game.

Capricorn in the moon is not the best spot. It is in it’s Detriment. Hitler is one of the best known Cap Moons. Hitler is brought up when people want to cast aspersions on a Cap moon. This is not fair, of course. I know many, many wonderful Cappy moons. However, the moon does not like to be in Capricorn. I will explain why.The moon is in its home in Cancer. It is called it’s Domicile. Cancer Moon is a tender moon. It has sensitive feelings and a lot of empathy. It is hard for a Cancer moon to be cruel. They have a slow boil. If you hurt them, they will take it and take it. One day, they will amputate you. They will never look back.However, if that happens, you have earned it. It will never be done in a flighty manner. Cancer is the sign of the mother and has the finest qualities of a mother. The mother must be sensitive, loving, caring, responsive, kind and gentle. The Cancer moon is these things. To sum it up, the Cancer moon is close to her feelings. She feels from her own heart and approaches others, in a heart to heart manner.

Capricorn Moon, on the other hand, will use his head before his heart. He would be one of the most likely moons to marry for money. I am not saying all Cappy moons would do this, of course. However, he would be one of the top Moon candidates to reason love, rather than feel it. In other life situations, Cappy Moon plans well. He can step away from his feelings and consider many steps ahead. He is a practical person. He would not leave stones unturned, when making decisions. All in all, a Cappy Moon is wonderful to have for a friend. They are very,very loyal. However, for a lover, they may not be the one for you, if you want more touchy- feely, in your intimate relationship.

Capricorn Mars is a wonderful spot for Mars. Mars is drive and Cappy is the King of the Early Bird Catches the Worm. He would be the tortoise in the race with the hare. Gemini or Saggi would be the hare. The tortoise has amassed his fortune while the hare is bumming change from unsuspecting friends. A Cappy Mars is a wonderful long range planner. He can start small in any business and make it grow. He can start in the mail room and work his way up to CEO. Another wonderful Cappy trait is humility. The Cappy CEO will treat all alike, from the janitor to the executive. Cappy respects work and those who do it, no matter what their status.

Capricorn Venus is not the best Venus. It is like the Cappy Moon, in that it may put material things ahead of love. Madonna’s song “Material Girl” is a Cappy Venus. The world does work on the premise of materialism. That is quite true. However, this Venus may have more of a hard edge than another Venus, such as a Cancer Venus, it’s opposite. This Venus may demand that you keep up with the Jones. It may be a social climbing Venus. This Venus may be good as the little woman behind the weaker man who wants to make something of himself. This Venus may be the powerhouse behind the scenes.

Capricorn is like all signs. Some placements flow well. Others struggle. Such is life in the material world: Capricorns domain.